THE FUTURE OF THE ELECTORAL COLLEGE: YAY, OR NAY?

Dr. Earl Ofari Hutchinson
Earl Ofari Hutchinson is an author and political analyst. His latest book is “What’s Right and What’s Wrong with the Electoral College” (Middle Passage Press). He is also a weekly co-host of “The Al Sharpton Show” on Radio One, and host of the weekly “Hutchinson Report” on KPFK 90.7 FM-Los Angeles and the Pacifica Network.

The Electoral College was the brainchild of the founding fathers to ensure there would be no “tyranny of the majority,” meaning that the larger, populous states would not dominate in perpetuity the small states.

Uncoincidentally, the small states happened to be the states from which the leading framers of the Constitution came — almost all of them Southern, rural, agrarian and slaveholding. Many of the fathers were slaveholders.

This leads to the question of whether there can be such a thing as the “tyranny of the minority.” In most presidential races where there is a separation of two million-or-so votes between the two presidential candidates, the Oval Office will most often turn Republican. The GOP contender will get the nod because of the Electoral College.

It’s no mystery why. The big population and vote majorities exist in several rock-solid Democratic voting states. These states are on the West and East Coasts; California and New York are the best examples. This means that, despite losing the popular vote, a Trump or another future Republican presidential candidate has a better-than-odds chance of bagging the White House by cobbling together the electoral votes of the numerous small states.

The Electoral College simply doesn’t work today because it gives inordinate power to the small vote population states at the expense of states such as New York and California. The proof: In two decades, two presidents have been elected who have lost the popular vote. 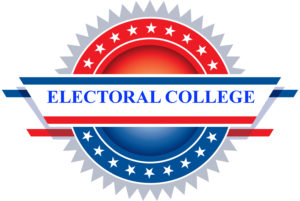 Tens of millions of voters in those states, then, have absolutely no opportunity to probe, challenge or question a presidential candidate face-to-face and up close on everything from civil rights to environmental issues. They are relegated to hearing what the candidates have to say about these issues via staged, canned appearances at sound-bite TV townhalls and a handful of presidential debates. They are, in effect, disenfranchised from the presidential process.

This is a Republic, and not a pure democracy. The Founding Fathers were clear on this. Yet, there is still room for and a need for parties that aren’t named Republican and Democratic. However, even if a third party could somehow emerge with a drop-dead charismatic candidate who has a firm grasp of the issues that most concern voters — someone who could garner tens of millions of American votes spread across the nation — that candidate is guaranteed to be at best, an item of curiosity, and at worse, a bare footnote in American political history. That wouldn’t change even if the third-party candidate managed to pull more votes than either the Democratic or Republican presidential candidate. He or she would still come up with a fat goose egg in the Electoral College. The Electoral College is the sole vote-tabulating province of the Democrats and the GOP.

Further, the Supreme Court of the United States mandated “one person, one vote” in 1962. The Constitution decrees that state legislative districts be roughly equal in population to ensure that everyone’s vote counts the same in statewide elections. If this is so, how, then, can America have a system for picking presidents that seems to abrogate that very principle? One might contend, if pondering further, that based on the SCOTUS ruling, the Electoral College is effectively unconstitutional.

We, the people, should solely use the popular vote to select our presidents because it fulfills the mandate of the aforementioned Supreme Court ruling. Beyond that, election by popular vote is the accepted hallmark for democratic governance and is the way ALL of the other candidates in this country are elected. The presidency should not be an exception. Despite flowery rhetoric that promises everyone’s vote is equal, the truth is, it’s not. Some are more — maybe way more — equal than others when it comes to electing presidents.

This has been the case with the Electoral College for over two centuries in American presidential elections, and all the attempts to do away with it have fallen flat. The Trump win in 2016 with millions fewer popular votes than loser Clinton is just one more solid reason to get rid of the Electoral College — now.