WE NEED A GREATER RETURN ON OUR INVESTMENT IN U.S. DEMOCRACY

Malik Russell
Malik Russell is a former spokesperson for the NAACP, author and current adviser to the Brown and Black Forum.

Biden won, so now what? We still need to have a conversation about making democracy real for Black people and other disenfranchised groups in the United States.

As American citizens, taxpayers and voters, we all believe in the principles of democracy. We trust in democracy and our democratic institutions; we hold fast to our Constitution’s promises and guarantees. We value our young soldiers’ lives; we champion and defend democracy all around the world.

Among Americans’ greatest investments are the time and energy we place in practicing democracy, hopeful that it will provide us with national security, and the ability to pursue happiness and provide sustenance for our families. Even so, it’s plainly evident that some people receive a far greater return on their investment in American democracy than others.

While Joe Biden won the popular vote by more than 7 million votes, it’s not surprising that most white americans voted Republican. And, why is that you may ask? Well, some would say that those who vote Republican are Conservative racists who only care about privilege and the preservation of wealth for the upper class, but maybe they are just getting a greater return on their investment in democracy than those who vote Democratic.

Within African American communities, there’s still a lot that needs to happen for Black people to finally get out what they’ve put into the project called “Democracy.” When we look at the major urban centers like Baltimore, Chicago, etc., we most often see two markedly different worlds within one — one Black the other white — both separate and unequal.

In the Black world, we face the twin pandemics of violence and COVID-19 with inadequate resources to address either. Leaving our homes, we are terrorized by an occupational force that feels like they can’t do their job without qualified immunity, and yet their trigger fingers freeze while in the gentrified neighborhoods of the white and wealthy. Simultaneously, young Black people, bereaved of opportunity, employment and direction, unleash their frustrations toward each other to the tune of over 600 murders in Chicago — 200 more than at the same time in 2019. In Baltimore, a murder last month meant Charm City reached 300 murders annually for the past six years straight.

Amid our suffering, corporate America releases slick, glowing television commercials dedicated to the memory of George Floyd and Breonna Taylor while creating fancy new job titles touting inclusion and diversity or racial equity, fully knowing that these are items — like democracy — only to be mentioned but never genuinely enacted, at least within their companies and organizations. Far too often, we’ve been stranded on islands of despair as America has done democracy voice-overs around the globe. Likewise, here in the U.S., we have failed to uplift generations of Black people to full citizenship.

We’ve heard warnings before about America’s ongoing failure to take its foot off of Black America’s neck. The late Rev. Dr. Martin Luther King, Jr., bemoaned in his ”Beyond Vietnam” speech how “the Western nations that initiated so much of the revolutionary spirit of the modern world have now become the arch anti-revolutionaries.” After this speech, Dr. King would become one of the most hated men in the nation, assassinated nearly a year to the day later. 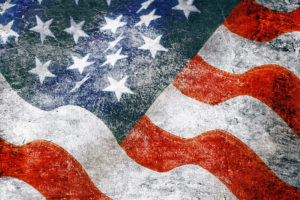 He said, “Communism is a judgment against our failure to make democracy real and follow through on the revolutions that we initiated.” I know my commentary is far from celebratory and that’s intentional. It’s been 400 years, and my ancestors are getting restless. They want this generation to know what real democracy feels like … what it looks like. During his acceptance speech, Biden said, “When this campaign was at its lowest ebb, the African American community stood up again for me. You’ve always had my back, and I’ll have yours.” He would later speak to the soul of Black folks by acknowledging that “too many dreams have been deferred for too long. We must make the promises of the country real for everybody, no matter their race, their ethnicity, their faith, their identity or their disability.”

Whether Biden and Kamala Harris, the first woman of color to be named vice president, can make democracy real in the face of growing inequality and a Republican party struggling to define its own identity (led by Mitch McConnell, the Darth Vader of partisan politics), we’ll have to see. Once they’re all settled in, we’ll certainly talk more about what making democracy real for Black folks might look like.

Considering all that the disenfranchised have invested, the solution to equalizing their return on democracy could be reparations, many say — and that’s the easy answer. But does that alone solve all of our problems with this nation? I’d say an emphatic no. We could get reparations, and that still wouldn’t put an end to the scourge of racism, which means we’d repeat the cycle all over again.