PRIORITIZING AMERICA’S NEEDS BEFORE THE PRESIDENT’S 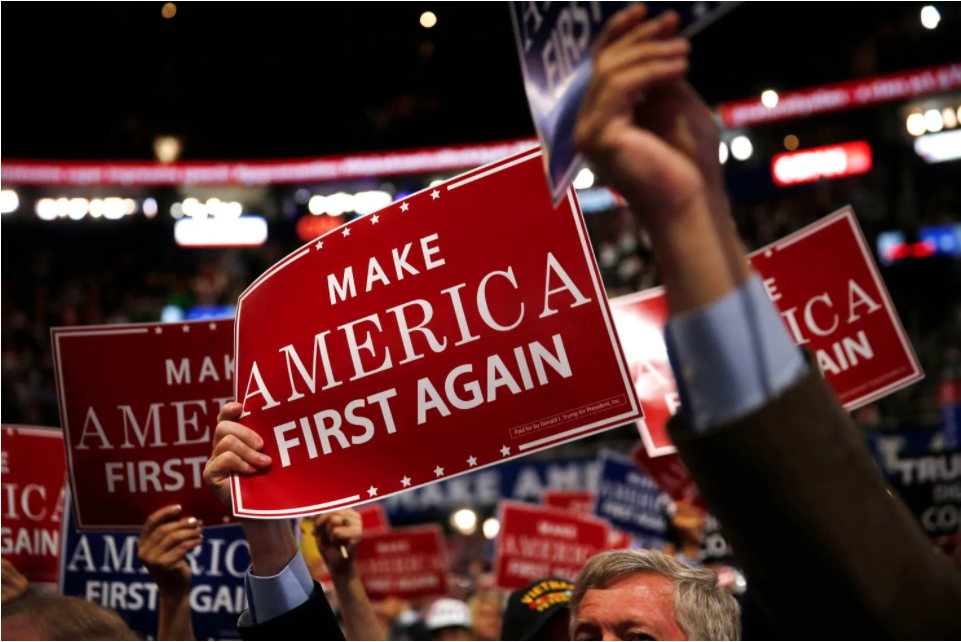 Almost since the inception of television broadcasting, Americans have been treated to news and images depicting dictators and other bad actors running roughshod over the citizenry — famished individuals being denied some of life’s basic needs and countries struggling to recover decades after a devastating disaster. All the while, from the comfort of our living rooms, we watched in amazement. Very few, if any of us, could understand how such travesties were permitted to take root and grow.

While it may not have been uttered, a near-universal mindset among Americans existed that those things could never happen here. However, the past four years have taught us how wrong that thinking was.

Like many of those leaders, a modern U.S. president all but ignored a disaster that has wreaked unprecedented havoc upon the nation. Trump’s refusal to address the COVID-19 virus early on has resulted in nearly 13 million people being infected and approximately a quarter-million dying from it. Ultimately, we’ve found out that the former president’s interests were laser-focused on assuring a vibrant stock market and economy more so than the well-being of Americans. Countless times, he scoffed at or outright ignored the news media’s questions about that attitude in a chief executive.

The terrible irony here is that Trump’s first presidential campaign centered on four words: “Make America Great Again!” Facilitating the deaths of hundreds of thousands hardly seems in line with that mission. That slogan, coupled with the omnipresent and highly disparaging remarks about Central Americans being “murderers and rapists,” along with countries whose dominant populations are Black being “shithole countries,” sent the message that here was a president that was not all for America. Little did we know that MAGA was code for the United States of Trump.

The former president’s position rings with even more absurdity as one cohort of Americans, generally considered to be the group that helped this country become great, is veterans of World War I ,World War II and the Vietnam War. Trump castigated many of these men, and particularly the late Senator John McCain (R-Arizona). McCain was captured and held as a prisoner of war during the Vietnam War. Trump, a man with no military experience during peace or war time, assailed McCain and other POWs as “weak, and cowards.”

What we all failed to understand was that Trump’s America was vastly different from the one we have all grown up in and been educated about. The president’s America had little or nothing to do with helping his fellow human beings. His America was about self-enrichment. He put this country first so long as there is financial benefit for him. He flaunted the Foreign Emoluments Clause and skirted Constitutional laws to make lucrative deals with foreign countries — actions that would land someone from our America in prison.

In the last 70 years, we have not had a White House occupant who strayed further from President John F. Kennedy’s admonishment, “Ask not what your country can do for you — ask what you can do for your country.” What the former president did for this country is lie about achievements, policies, processes and just about everything he was questioned about. It has been four years of Trump first, more money second and America wherever it can fit in.

Among the major pitfalls and dangers of a president leading with their personal interests are that the country’s national security, military or critical infrastructure (highways, bridges, rail lines) can be compromised if said president comingles his personal interests for money — or another form of access to wealth — with a source that can use information to force the president to do that entity’s bidding. Secondly, leading with personal interests rather than established policy can jeopardize or even wreck some foreign relations.

As intended, the office of the president should actually function as one of the three branches of government and work in concert with Congress as much as possible … for the people. The 1960s and much of the ‘70s gave us this model. We must do a better job of vetting presidential candidates to ensure that we elect a president who puts America’s interests ahead of his (or her) own. It is an arduous process that begins with increasing America’s understanding of the difference between politics and government, and then reiterating what government can and is supposed to do.

Qualified people with “relatively clean” performance records in government or business should be considered. The other bookend is instituting campaign finance reform. However, the people who benefit from no changes in campaign finance laws are the only ones who can change it. Hence, the conundrum.

To most of America, foreign-born or native, this country still represents a place to live, work, play and share the values of honesty, helpfulness and hope. Some have more while some have less. However, the overarching mission is to live a life for which you can be proud. Of all those attributes, the man who left the White House on January 20th only exemplified the play part, as he wasted millions of dollars of taxpayers’ money on golf at courses he owns.

Trump first, America second may be best illustrated through the lens of the November 3, 2020 election results. America spoke with 5 million more votes for then President-elect Joe Biden than for the incumbent; yet, Trump refused to acknowledge America’s choice.

Through all of his actions, Trump has taught the country an important lesson. We as American voters must ask future presidential candidates, “Does this country come first before your personal interest?” It’s a fair question no matter what side of the aisle you sit. The candidate’s answer might surprise us all.